It happened fast, but playing games went from being something that mostly teenagers with games consoles did – or those ‘older kids’ who could afford an expensive gaming PC with high powered graphics – to now, where we all play games. Even your Mum has Angry Birds on her phone. And your kid sister is playing Club Penguin, Minecraft or most likely now – the hit sensation that is Roblox. 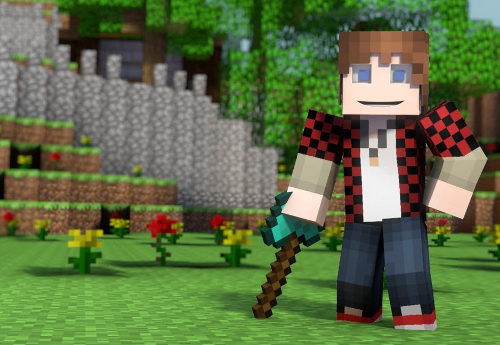 But the key to many of these apparently very different games is that apart from being fun, they connect us in ways older games never did. They have ‘social’ elements. At the very least they have ways to share and compare our progress or scores, so we encourage and compete with each other. Or in many cases we actually play alongside or against our friends.

That’s not a new idea by any means. Multi-player online games have been around for a very long time. It’s just being done in a much more user friendly way – and on devices that we all have around us all the time.

What is a strange new way is Roblox. ‘Old people’,  i.e. over 30 😉 , will struggle to understand a social element where everyone is anonymous. That is, you don’t use real names or where you live (these things are against the rules), instead you make friends and connect with people you will never know the real identity of and will never meet in real life. Strange to many of us, but hugely popular to young folk.

It’s one thing to disappear into a gaming world for a few hours – that takes a certain kind of fan. But dipping in and out of Clash Of Clans for a few minutes every hour or so, that’s something that suits our busy lives. We can have a quick play whilst waiting in a queue, or sat on the bus, or waiting for a friend to arrive.

It’s now so automatic that we’re playing games while talking to our friends! That’s maybe a little impolite and should probably be avoided, but it just shows how much games have become a part of our daily lives. Just a few short years ago you could be pretty sure someone was texting if they had their head down looking at their phone – now they are either on Facebook, watching a video or even more likely, playing games.